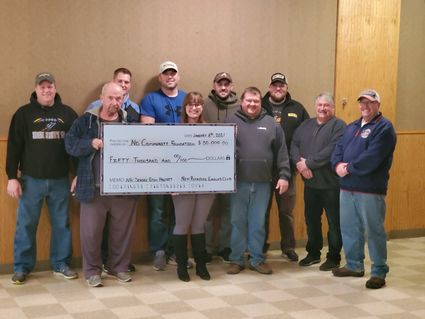 The New Rockford Eagles Club made a big donation to the second gymnasium project this month. The two presentations made by Superintendent Jill Louters and fundraising committee members had quite an impression on the board members, and as a result they contributed $50,000 to the project.

As we reported last week, approximately $365,000 in donations have poured in for the gymnasium over the past...