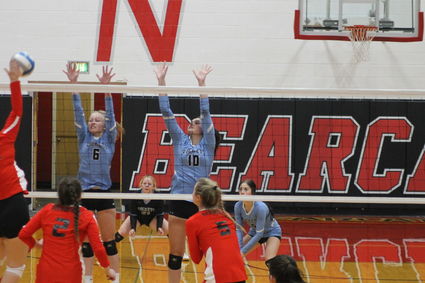 Third-seeded New Rockford-Sheyenne, following their victory over HWC in the first round of the Region 4 Tournament on Tuesday, November 10, faced the same team that dealt them a three-set loss in the last regular season match nine days earlier.