“It’s a miracle!” said the doctor. “You’ve just awakened from a coma after a terrible accident in October 2016, but you’re doing well, all things considered!”

“I’ve been out for more than four years?” said the patient.

“That’s right,” said the doctor. “You must have several questions?”

“You bet, Doc! I remember when America elected President Obama, a time of great healing and hope and change. Americans are surely getting along better than ever now?”

“It’s best that we come back to that one later,” said the doctor. “Anything else?”

“Let’s just say Hillary is very happy THIS week and that it might be a good idea that you take a tranquilizer before we continue,” said the doctor.

“I don’t want a tranquilizer,” said the patient. “I want information!”

“Pollsters aren’t doing so well these days,” said the doctor.

“Did Americans accept the 2016 results and support the president nonetheless?” the patient asked.

“Sure you don’t want that tranquilizer?” said the doctor. “No, for four years, Trump’s opponents said the election results were wrong, trying everything to remove him – even impeachment.”

“Did that tear the country apart, like Bill Clinton’s impeachment did?” the patient asked hesitantly.

“Yes, but it’s not just Trump’s impeachment that has Americans so divided,” the doctor said. “We’ve been getting more partisan for years. Some say social media, such as Facebook, cause more people to see information that validates and hardens their thinking rather than truthful information that challenges and opens it.”

“Facebook?” said the patient, bewildered. “I thought Facebook was about posting funny pictures and sharing laughs with friends.”

“Not anymore,” said the doctor. “We’re getting angrier and less civil by the moment. The global pandemic has only worsened everyone’s mood.”

“The global what?” said the patient.

“A deadly virus that nobody is immune to has caused shutdowns that hit the world hard,” said the doctor. “Americans are struggling and more divided than ever.”

“Good idea,” said the doctor. “We’ve had riots. Half the country loathes Trump. The other half supports him strongly, saying he’s brash and gruff but his policies have been good for the economy, jobs, prison and Veterans Affairs reform and are even restricting endless wars and producing some peaceful results in the Middle East.”

“Mind if I have your second tranquilizer?” said the doctor. “Joe Biden won, but lawsuits and challenges are under way. Half the country thinks the 2016 election was rigged but this one’s perfect. The other half thinks the 2016 election was good, but this one was stolen. If we can’t believe in our voting system, I don’t see how anyone can govern our increasingly fractured democracy. America’s future is not looking terribly pleasant, regrettably. Any more questions?”

“Just one,” said the patient. “Any chance you can you put me back into a coma?”

Copyright 2020 Tom Purcell. Tom Purcell, author of “Misadventures of a 1970’s Childhood,” a humorous memoir available at amazon.com, is a Pittsburgh Tribune-Review humor columnist and is nationally syndicated exclusively by Cagle Cartoons Inc. For info on using this column in your publication or website, contact [email protected] or call (805) 969-2829. Send comments to Tom at [email protected] 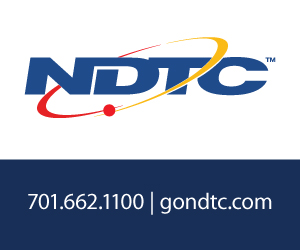