Time is running out to be counted in 2020 Census 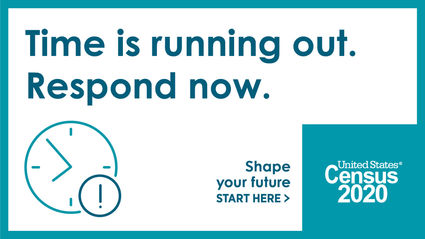 North Dakota's census response rate is approaching 95%. The U.S. Census Bureau began visiting North Dakota households that have not responded to the 2020 census on July 30.

• Nonresponse Follow-up has visited 85% of households.