The Road to Women's Voting Rights in North Dakota 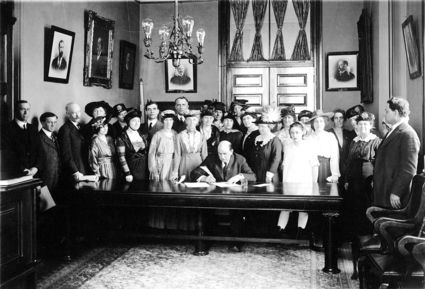 Women, like all citizens, have always had the RIGHT to vote, but they lacked legal access to the ballot. The notion that laws restricting women's civic rights should be changed emerged from the first women's rights convention in Seneca Falls, NY, in 1848. The movement became infused over the ensuing 72 years with arguments about women's roles, the promise of the nation's founding documents, and...