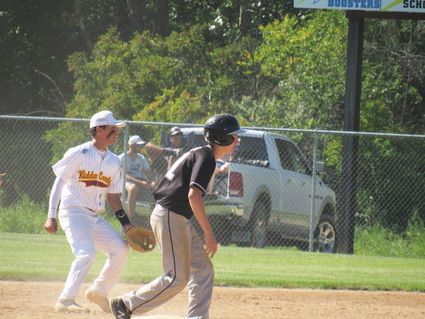 The SNR Black Sox hosted a thrilling post-season tournament this past week, and the locals kept fans engaged until the bitter end. The Black Sox finished their season in second place, and Kidder County got the trip to the state tournament in Minot next week. Pictured: Kaden Jensen had a great tournament, with nine hits and eight runs.

On July 27-29, New Rockford played host to the District 4 Independent Legion Tournament, featuring five area teams ready to see who would end up on top.

In the first day, spirits were high and there was a feeling of anxiousness in the air as the aroma of fresh-cut grass and hot dogs filled the air.

The first game was between the two lower seeds, Carrington and Jamestown, in a match to d...