Archival Anecdotes: Worth A Second Look 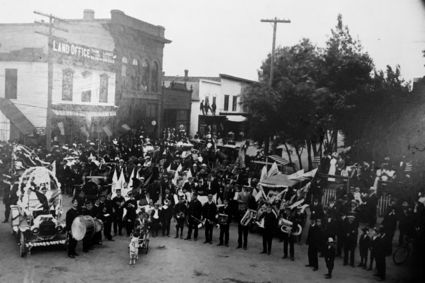 The above photo was featured in the July 6 edition of Archival Anecdotes. Initially it was thought that this photo was contemporaneous with other celebratory parade photos from the early twentieth century, however as readers have pointed out, that assumption was inaccurate.

The July 6 installment of Archival Anecdotes featured two photos, both representative of a New Rockford parade celebration sometime in the early half of the 20th century. However, the two photos were not from the same event as the article implied.

Two readers submitted evidence and offered insight to the clues they had used to draw their conclusions. In college, I had a professor of anthropolo...