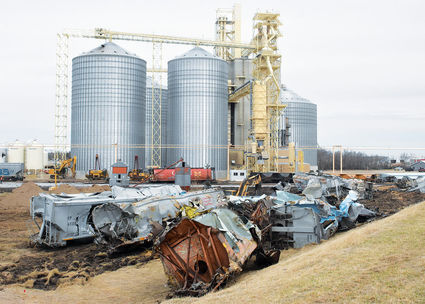 A pile of wrecked train cars lay just to the northwest of the Highways 52-200 overpass, awaiting removal by Canadian Pacific Railroad crews.

The incident occurred just before 7:00 a.m. when around 20 cars on the 100-unit train came off the tracks, with many of those coming to rest beneath the overp...