Where Are They Now? Education and law are the pillars of success for Graham siblings 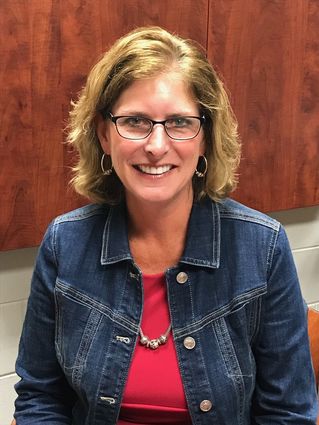 The COVID-19 virus has impacted practically every person globally. As leaders in educational and legal arenas, two New Rockford-Sheyenne siblings have had to make abrupt and critical decisions because of this devastating disease. Joleen (Graham) De La Hunt, the Century Elementary School principal in Park Rapids, Minn., and Jeffrey Graham, United States Bankruptcy Judge for the central and southern parts of Indiana, know first-hand the absolute protection that people they assist deserve. The road from New Rockford to their current employment status took several routes that are certainly worth noting.

Joleen's path after she graduated from NR-S in 1987 took her first to Valley City State University where she majored in Elementary and Secondary Education and Spanish. Upon graduation, she accepted a position teaching high school and middle school Spanish in Hortonville, Wisc. While she lived in Wisconsin for two years, she attended Aurora University to obtain her Master of Arts degree in Education.

After meeting and dating David De La Hunt, an NDSU student studying electrical engineering, Joleen said "yes" to marrying him in his hometown of Park Rapids. Upon moving to Minnesota, Joleen was fortunate to find employment right away at Wadena-Deer Creek where she taught high school Spanish.

Her educational profession took another few turns. While managing a full-time teaching job, in addition to a busy life with her and David's now 2-month-old son Ryan, Joleen decided to continue her education by attending St. Cloud State University where she was able to earn her Administrative Specialist license. After graduating in 2000 with this preschool through grade 12 degree, Joleen was offered her first opportunity to be an elementary principal at Menahga School in Minnesota.

In 2011, Joleen moved to the position of preschool through eighth-grade principal at Century School in Park Rapids. Assuming this role meant that she was the supervisor of nearly 1,100 students and almost 100 staff members. Five years later, Joleen was reassigned as the principal of preschool through fourth grade at the same school with the acquisition of an assistant principal for the middle school grades. This is Joleen's ninth year in her current job where she oversees 620 students and 75 employed staff.

"Ever since I was a little girl, all I've ever wanted to do was teach," declares Joleen, surely due to the fact that her mother Patricia was an elementary teacher for many years. She continues, "I am a lifelong learner, and I am always trying something new." Two impressive accomplishments Joleen has made during her tenure as an elementary principal is the writing and securing of two large competitive grants that allowed incredible gains in student achievement, as well as transformed literacy in her school.

The competitive, million-dollar Reading First Grant that Joleen implemented and coordinated during her early years of principalship at Menahga focused on improving reading strategies. While at her current school, Century, she was able to hire two instructional coaches through the Striving Readers Literacy Grant. Due to the commitment of her staff, the Minnesota Department of Education selected Park Rapids as the recipient of yet another substantial amount of money that permitted the hiring of a middle school instructional coach. "Great things are happening at our school every day!" Joleen proclaims when she refers to the utilization of the grant money and to her exceptional staff.

Rolling up their sleeves even more during the coronavirus disease outbreak, these admirable staff members had only nine days to make monumental adjustments to their students' learning environments. Under Joleen's direction, priorities of daily deliveries of nearly 900 meals to school children, the provision of child care for 30-50 students of essential workers, and the execution of distance learning for all of the students were refined. Joleen is confident that the created district plan will be successful throughout the rest of the school year. "Counselors and tech guidance are available for a variety of support services. Our school is ready to serve our families during this challenging time," Joleen reports.

On the other end of the spectrum, Joleen's younger brother Jeff works with adults in courtroom situations. He notes, "As a Bankruptcy Judge, I hear everything from personal bankruptcies to large corporate bankruptcies. One of my favorite things about bankruptcy is that it gives people and businesses a second chance." Jeff's post-secondary education and employment avenues were driven by hard work and determination.

After graduating from high school in 1991, Jeff attended the University of Notre Dame, which was quite an adjustment for the young man. "I really enjoyed attending Notre Dame as it helped me grow up and learn to strike out on my own," he states. Jeff graduated in 1995 with a double major in English and Communications and Theatre. He went straight to law school at Valparaiso University in Valparaiso, Ind., graduating with a Juris Doctor degree in 1998.

Following law school, Jeff took his first professional job as a law clerk to a U.S. District Judge. His main duties were reviewing motions filed by attorneys and drafting opinions for the judge to evaluate. In 2001, Jeff secured employment with the 50-person Sommer & Barnard law firm. Although he didn't know much about bankruptcy at the time, he joined the firm's bankruptcy and creditor's rights department because it involved litigation in federal courts. This decision was the start of Jeff's entire legal career. After merging with Taft Stettinius & Hollister, Sommer & Barnard now has close to 400 attorneys on its staff.

Jeff was appointed a United States Bankruptcy Judge in 2014. The journey to becoming a Bankruptcy Judge involves quite a process, which takes anywhere from 3 to 6 months to accomplish. Bankruptcy Judges are appointed by each Court of Appeals to 14-year terms. Jeff was encouraged to write out the 50-page application for Bankruptcy Judge once an opening was publicly announced. He was selected for an interview by a panel of judges and lawyers. Once designated, he had to undergo both FBI and IRS background checks. His record was clear, so Jeff was sworn in on Oct. 1, 2014.

Working with three other judges, Jeff is stationed in Indianapolis but travels to Terre Haute once a month for hearings. When he is not in court, he is reviewing and signing orders, drafting orders, or preparing for hearings. He says, "Most people I see before me have worked all their lives and either lost their jobs or have had medical issues and cannot pay their hospital bills. Corporate bankruptcies vary in their causes, but many either expanded too fast or could no longer compete." Having grown up with an agricultural background, Jeff has an especially tough time with farm cases because it is hard for him to see farmers lose land that has been in their families for generations.

Due to the highly contagious nature of the COVID-19 virus, the Federal Building where Jeff holds court cases has been closed to the public since March 18. Fortunately, the Court previously had a robust teleworking program, so most, if not all, employees are able to work quite easily from home. Jeff's situation also calls for logging into the court computer system from his home, as all hearings have been converted to a telephonic method and are going forward if possible. Jeff feels that there will be a severe financial fallout as people experience income adjustments and hopefully only temporary employment loss. The $2.2 trillion relief package from Congress includes some changes to the Bankruptcy Code that will affect Jeff's work. He anticipates that a wave of bankruptcies is likely to occur once the full impact of the plague is realized.

Both Joleen and Jeff have spouses and children. Joleen's husband David and his family own and operate radio stations in the Park Rapids area, and David handles the electrical side of the operation. The couple has two adult sons, ages 23 and 21. Ryan graduated in 1998 from the Air Force Academy in Colorado Springs with an aeronautical engineering degree. He is currently stationed at the Pensacola Naval Base in Florida where he is continuing Weapon Systems Officer Training with F-15's. Matt is in his final semester of Civil Engineering studies at the University of Minnesota at Duluth. He has accepted a civil job in Alexandria, Minn., and will start the job one week after he graduates from college in May. 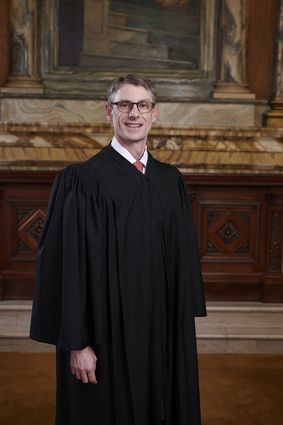 Jeff has been married to his wife Martha, whom he met on a blind date, for almost 17 years. Their daughter Natalie is 14 years old and loves school, music and sports. Likewise, Justin, who is 12, enjoys baseball, basketball and his classes. The children attend school and live with their parents in Fishers, Ind., a suburb of Indianapolis with a population of about 90,000 people.

The daughter and son of Patricia and John Graham, Joleen and Jeff credit New Rockford for giving them the foundation they needed to move forward to successful careers and family lives. Raised in a considerably simpler but enjoyable era, they both remember spending much time with family and friends and working their first jobs at the Dairy Queen and the pool. Their unassuming upbringing, educational choices and employment experiences undeniably are advantageous as this brother/sister duo manage and cope with the unusual and frightful time we all are experiencing.