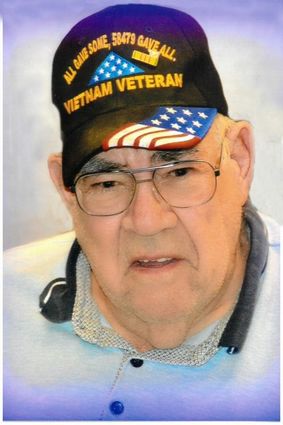 James Louis Fandrich was born in New Rockford, ND, on October 19, 1945, to Margret (Hogan) and Edward Fandrich. Jim attended school in Carrington where he graduated. Jim attended the diesel mechanics program at the North Dakota State School of Science in Wahpeton, N.D.

He was drafted into the Army in 1967, and served in Vietnam as a Radio Operator with the Signal Corps. He was awarded the Vietnam Service Medal with two Overseas Bars, the Vietnam Accommodation Medal and the Marksmanship Medal.

On June 28, 2003, Jim married the Rev. Susan Hauck at the Federated Church in Carrington. Jim was also a long-standing board member of the Foster County Soil Conservation District.

He was preceded in death by his parents, his brother Marvin, sister-in-law Kathy, nephew Cory Lange, and a long-time buddy Ervin Zimmer.