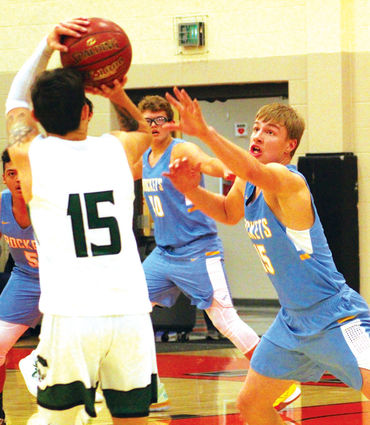 Nick Berglund defends a shot by senior Woodchuck Tyreece Gunville during the semifinal game of the CNDC Tournament on Friday, Dec. 20.

It was a well-played game overall as New Rockford-Sheyenne came from behind and defeated St. John in overtime, by a final score of 61-57 in semifinal round action of the CNDC Boys Basketball Tournament, played at Rugby, on Friday, Dec. 20.